A sphynx as flatmate: certian companionship

A sphynx: not the cat for everyone, but perfect for Jacintha. She fell for Farah’s striking and affectionate personality. A breathtakingly stylish cat for a stylish woman.

Sphynxes: either you fall for their striking looks and affectionate personality, or they make you shudder. Jacintha obviously belongs in the first category. She works from home, so she enjoys the company of her breath-taking puss Farah. 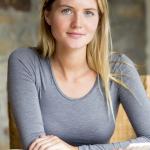 “Farah is more than a cat: she’s my flatmate. I’m thankful for her companionship and affection.”

“Sphynxes are quiet, affectionate and sensitive to changes in the weather,” says Jacintha. “It soon gets too cold for them outside. And at the same time, they can get sunburnt. So Farah is always inside: playing, sleeping, eating. Fortunately they’re very clean cats. Of course, that also means they expect everything to be clean: their litter tray, their eating place, everything.”

A cat for human companionship

These downy cats need quite a bit more looking after than their furry cousins, and they have a great need for human contact. Did Jacintha know that before she brought Farah home? “Yes, of course. It’s one of the reasons why I chose a sphynx. I work from home, and I’m thankful for her companionship and affection. Farah is more than a cat: she’s my flatmate.”

Contemporary choices, and for Farah too

Jacintha’s apartment is smart and bright, but not large, so she has to be creative with the space available. So Farah’s favourite sleeping spot is the soft cushion of her metal basket, which also serves as a side table. Practical and stylish: ideal for Jacintha. “It makes me happy to be surrounded by nice things. A contemporary cat in a contemporary interior: I wouldn’t want it any other way.”