"I'm sure of it: our cat is still chasing her toy" 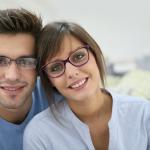 "We buried our cat in a beautiful oak coffin and said our goodbyes to her with a little funeral ceremony. We put her toy in with her, so she can always keep on hunting."
Piet

From the moment cat Klara popped her head in through their open glass patio doors, Anja and Piet were instantly won over. Klara has passed away now, but memories of her playful hunting games live on in their hearts.

"I remember that first summer, when we were newcomers to this quiet neighbourhood", recalls Piet. "We had just moved in and we were relaxing in our deck chairs", he says. "I was just thinking about where we could put our vegetable patch when suddenly a beautiful tabby cat jumped over the garden fence. She was clearly used to people - she didn't run away when she saw us. She watched us from a distance."

That distance quickly became smaller and smaller. "We were both longing for a pet, so we were happy to buy cat food for her. That's how it happened that, step-by-step, we grew closer to Klara. Until one day she peeked through the doors to our veranda and jauntily walked inside. And from that day on we became inseparable."

"Klara used to spend hours chasing her favourite toy on the warm tiles by the window", smiles Piet. "But she was not young any more, and she passed away after a few years. During the short time she was with us she really became one of the family. That's why we contacted Rainbowbridge, an organisation that arranges beautiful funeral ceremonies for pets. We buried Klara, together with her favourite toy, in a lovely oak coffin made by Stijn Van Den Bossche.